A.P. Burns was a noted businessman, contractor, builder, and rancher in post-1900 Medicine Hat. One of his business endeavours was as a principal in the Burnside Development Corporation that was formed with several prominent early citizens, including H.L. Tweed, C.R. Mitchell, Charles S. Pingle, and Dr. C.S. Smith. Each shareholder brought either capital or land from what is now the Burnside area into the corporation for the purpose of developing the area into an urban subdivision. Over 100 years later, Burnside still sits as bare land, but the views of the red rock coulees are spectacular as the sun sets. It’s a glow that resembles the colour of a fire, similar to what you’d expect from a blood orange ale.

The Burnside Blood Orange uses our Hatfield Blonde as the base, with the addition of copious amounts of real blood orange puree. The end result is the perfect thirst quencher, one of Mitch’s mom’s favourites. We’re sure A.P. Burns would be quite fond of it as well.

Back to our Beers 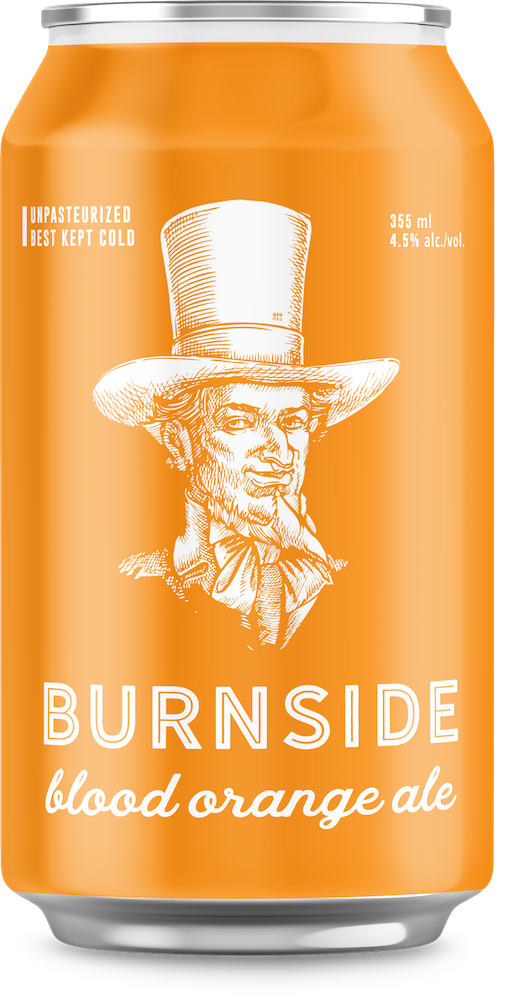 Are you of legal drinking age?

You are not old enough to view this content